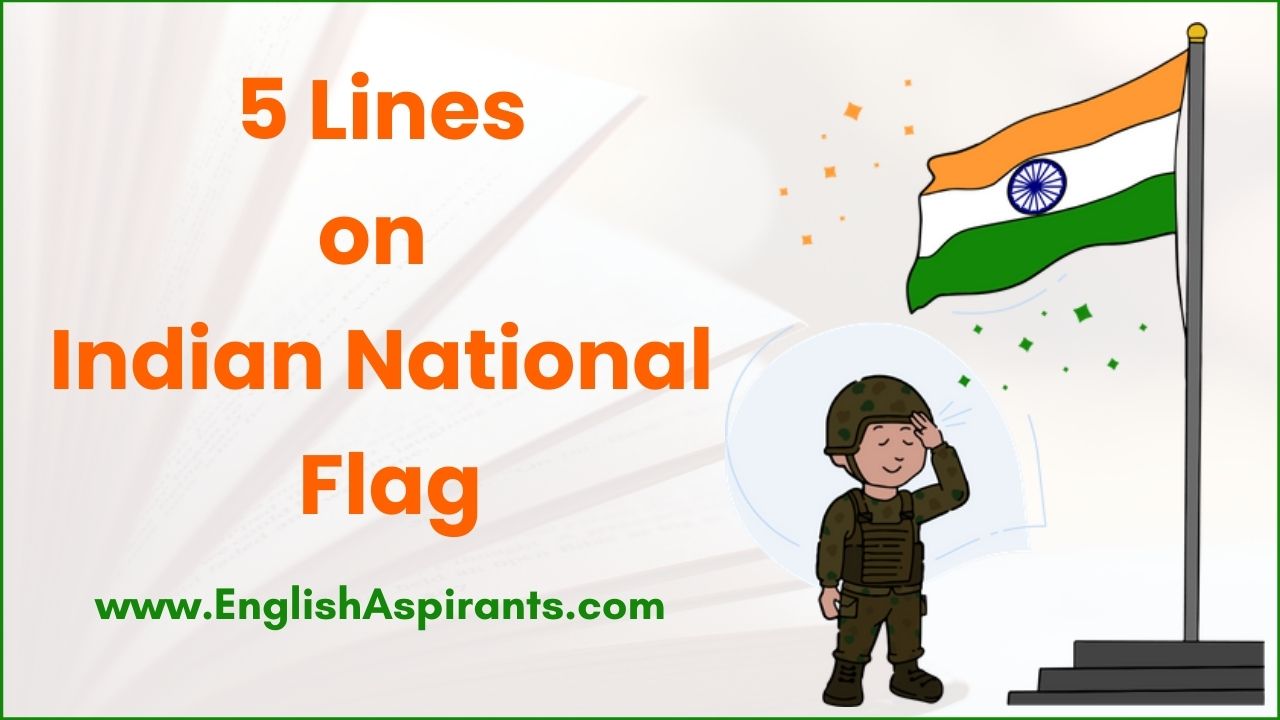 5 lines on Our National Flag in English: Set 1

2. Saffron is at the top, White is in the middle, and Green is at the bottom.

3. Saffron colour stands for sacrifice, White for peace, and Green for prosperity.

4. It has Ashoka Chakra with 24 spokes in the center.

5. Our national flag is very sacred to us.

1. The national flag of India is also known as ‘Tiranga’ or ‘Tricolour‘.

4. There is a blue wheel called Ashoka Chakra in the centre.

5. It is rectangular in shape. The ratio of the length to the height of the Flag is 3:2.

1. Our National Flag was designed by Pingali Venkayya as the Swaraj Flag.

2. It is composed of 3 colours. Each color has its significance. The saffron stands for sacrifice, the white color indicates truth and purity and green stands for freshness and energy.

3. There is a wheel blue in color at the center. The wheel represents the Dharma Chakra of King Ashoka.

4. All of the flags are made out of khadi cloth of silk or cotton. The flag’s length-to-width ratio is 3:2.

5. It is hoisted on national festivals like Independence Day, Republic Day, and other important events.

1. The National Flag of India is a Tricolour made of saffron, white and green.

2. It has three colored stripes of equal width and they are all horizontal. The colors are saffron at the top, white in the middle and green at the bottom.

3. Saffron colour indicates the strength and courage of the country. The white middle band indicates peace and truth. The green in colour shows the fertility, growth, and auspiciousness of the land.

4. In the centre of the white stripe, there is a 24-spoked blue chakra (Ashoka Chakra).

5. It is the duty of every Indian to uphold the honor of our national flag.