1. Swachh Bharat Abhiyan or Clean India Mission is a national campaign by the Government of India.

2. It was launched by the honorable Prime minister of India, Narendra Modi on October 2, 2014.

3. The campaign was launched on the birth anniversary of Mahatma Gandhi.

5. This campaign created awareness about sanitation and its impact on public health.

6. The main objective of this mission is the elimination of open defecation.

7. It aims to spread awareness about hygiene and sanitation, the importance of building toilets.

8. It also aims to clean the roads, streets and infrastructure of the country.

9. Swachh Bharat Abhiyan is the most significant cleanliness campaign in India and millions of people have participated in this movement.

10. The Swachh Bharat Abhiyan has achieved a great success in spreading awareness across the country. 1. Swachh Bharat Abhiyan is a scheme of making India clean.

2. This scheme was launched on October 2, 2014 as a mark of respect to the Father of the Nation, Mahatma Gandhi.

3. It was organised by the Government of India, led by Prime Minister Narendra Modi, with participants from all walks of life.

6. This is a national level campaign to clean all the rural as well as urban areas all over India.

7. This was launched when Prime Minister Narendra Modi himself wielded the broom and cleaned a road.

8. This is India’s biggest ever cleanliness drive and millions of government employees, school and college students have participated in this movement.

9. Lakhs of toilets were constructed under this scheme.

10. It is our responsibility as citizens of India to help fulfill Gandhiji’s vision of ‘Clean India’. 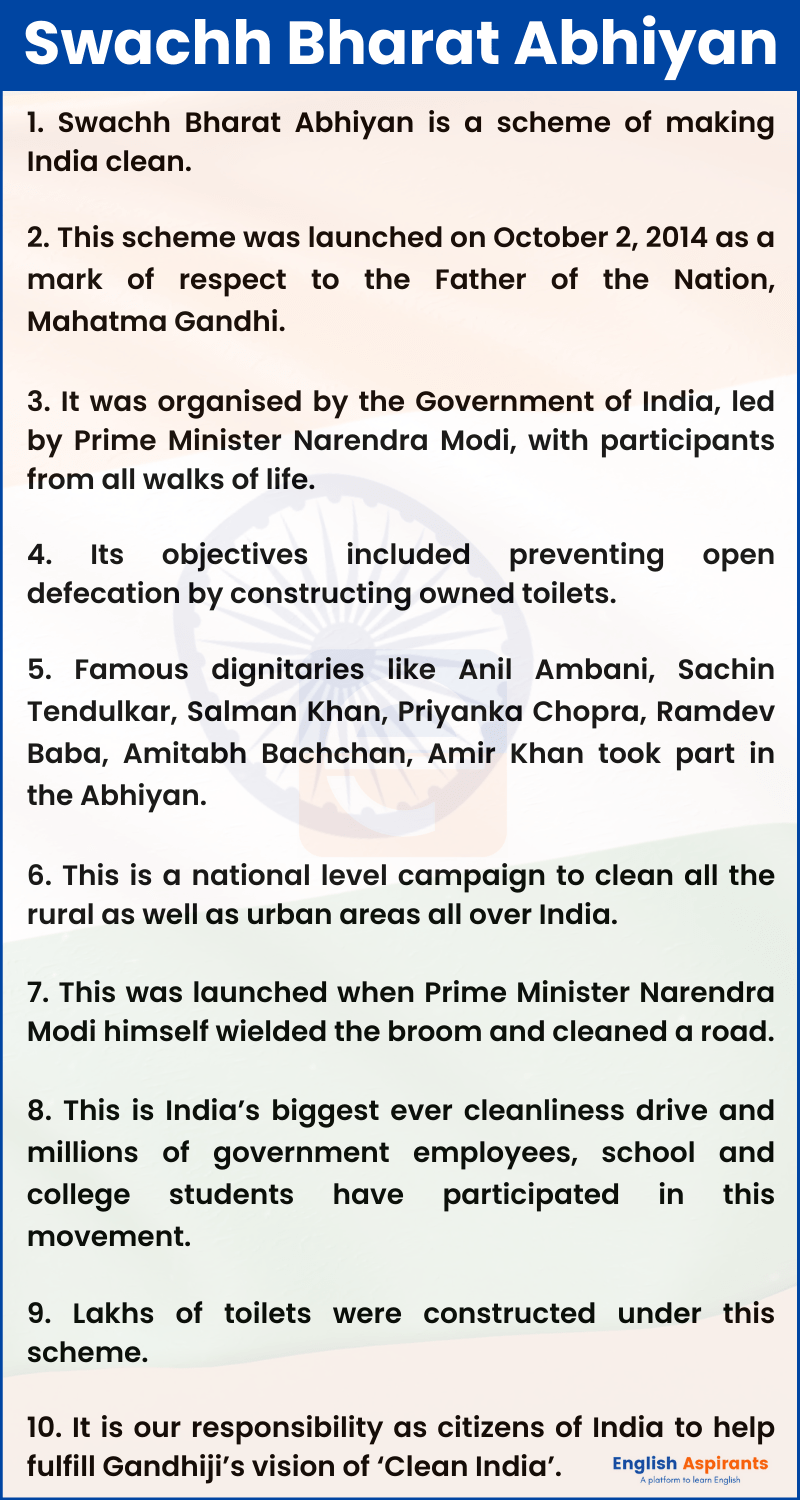