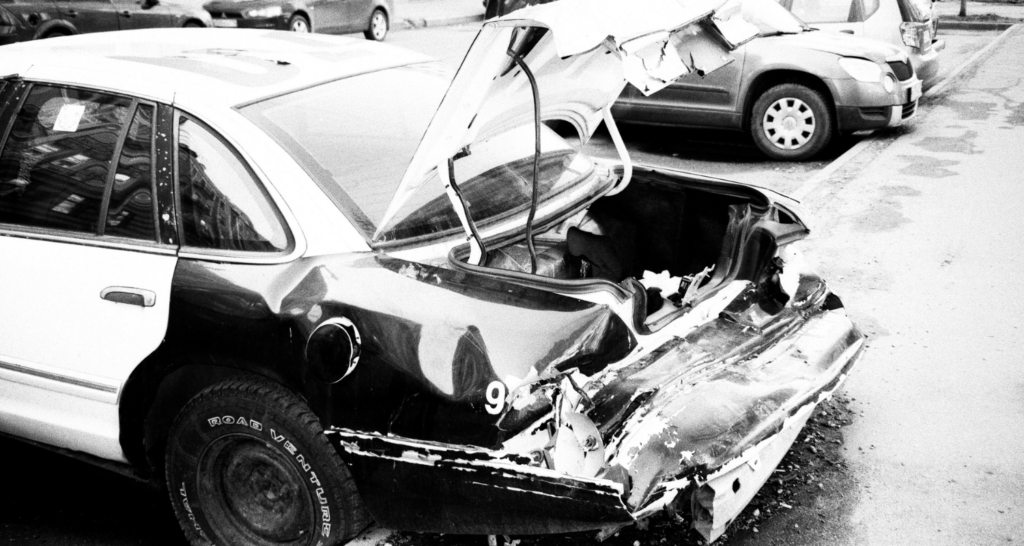 In this article, you are going to learn how to write a letter to the editor of a newspaper on reckless driving. Here, we’ve provided 2 examples on this topic. So, let’s begin.

Q. Write a letter to the Editor of a newspaper on reckless driving in cities and highways.

Sir,
Recently with the increase in the traffic volume, the number of accidents has also increased. On highways, lorries are a menace to slow moving vehicles. In cities, buses, taxis, and mini. buses are driven at breakneck speed causing much nuisance and terror to the children and the old alike. Hardly a day passes without any serious accident. The death toll is increasing annually mostly due to reckless driving. It seems the man behind the steering has little or no regard for the others.

I feel the police should take immediate steps to stop this hazard.

Q. Write a letter to newspaper editor about reckless driving

The Editor,
The Statesman
Kolkata-700001

Sir,
The rash driving of public buses, mini-buses, lorries, and taxies has become a too common affair in recent days. A mother and her little daughter were smashed under the wheels of a bus on Thursday last. An old woman was knocked down by a lorry a few days earlier. A lorry broke open the fencing of the Dhakuria Bridge and fell upon some cars below only the other day.

All such accidents occurred because of reckless driving. In fact, city streets have become a paradise for accidents. Public vehicles, driven without the least regard for life and security, are to be brought under strict vigilance. Penal measures are to be imposed by the authority to end the days of accidents. 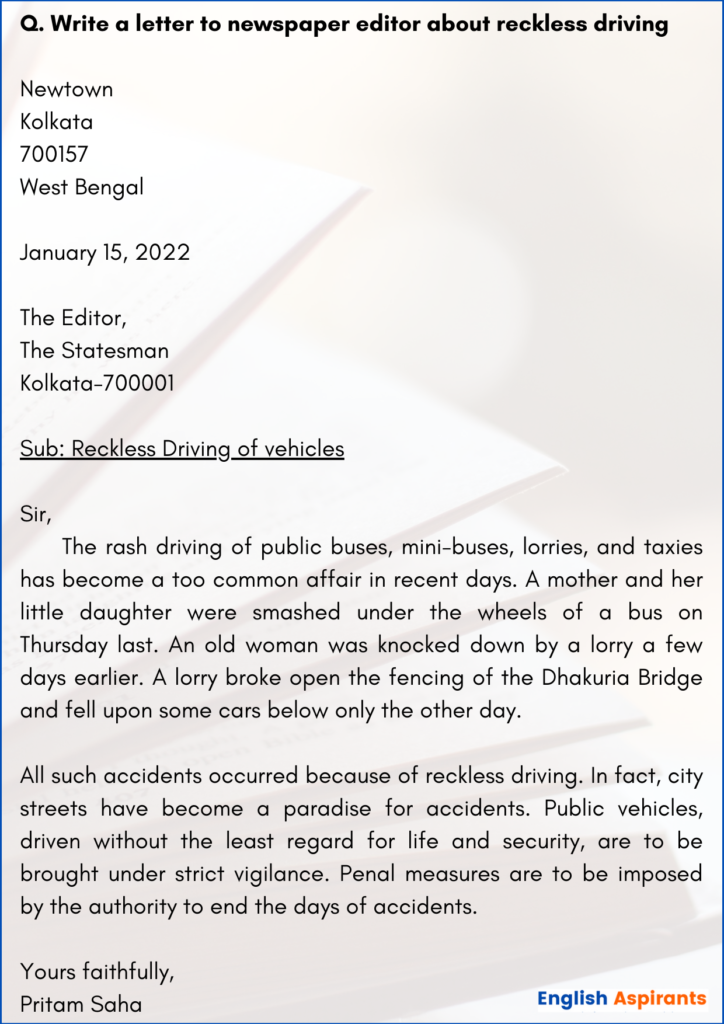