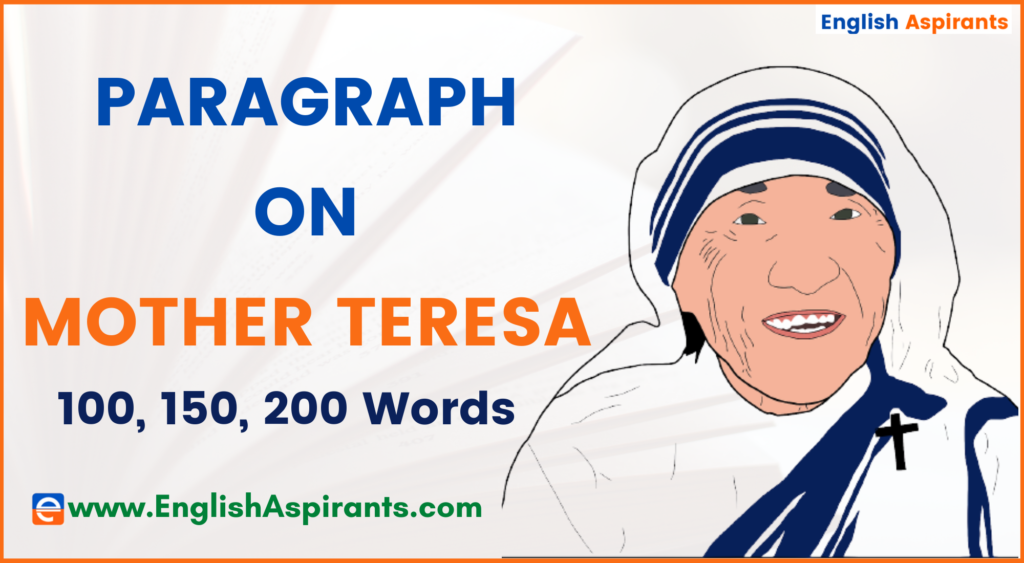 Mother Teresa was a catholic nun who devoted her life to serving the poor and helpless people around the world. She was born on 26th August 1910, in Skopje, Macedonia. At the age of eighteen, she decided to become a nun and thus came to India in 1929. She came to Calcutta as a Geography teacher in St. mary’s High School.

But sufferings of the poor and slum dwellers caught her attention. In 1950,  Mother Teresa started her own order ‘The Missionaries of charity’. She founded ‘Nirmal Hriday’ to serve the poor. She was awarded the Nobel prize in 1979 and Bharat Ratna in 1980. Mother Teresa died on 5th September 1997 at the age of 87. 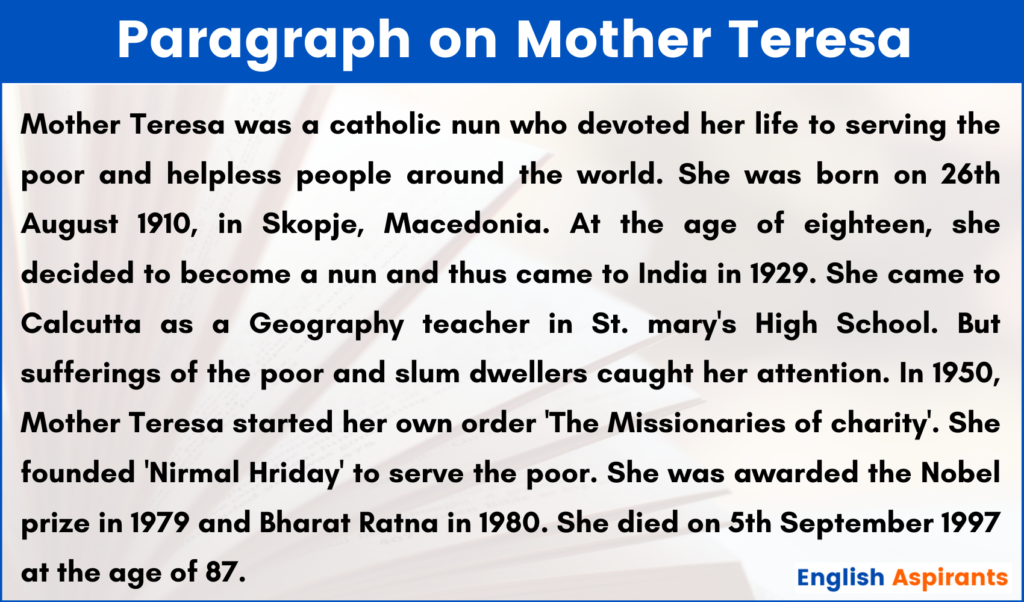 Mother Teresa is a highly honored name in India. She was not a native of India. She was born on 26th August 1910, in Albania, then in Yugoslavia. Her original name was Agnes Gonxha Bojaxhiu. She had her education in a government school of Albania. She came to Calcutta in 1928.

Mother Teresa had an assignment in the missionary service in India. She was soon much preoccupied in her mission. She was deeply distressed at the sight of the alarming poverty and the filthy environment of the slums of Calcutta. Mother Teresa dedicated herself to the service of the bustee-children. Her earnest effort could found the Missionaries of Charity.

She received the Nobel Peace Prize in 1979. She was awarded the Bharat Ratna in 1980. What marked her was her simple living, simple dress, hard and silent work and aversion to publicity. She died on September 5, 1997. But she has remained alive as Mother who never dies. 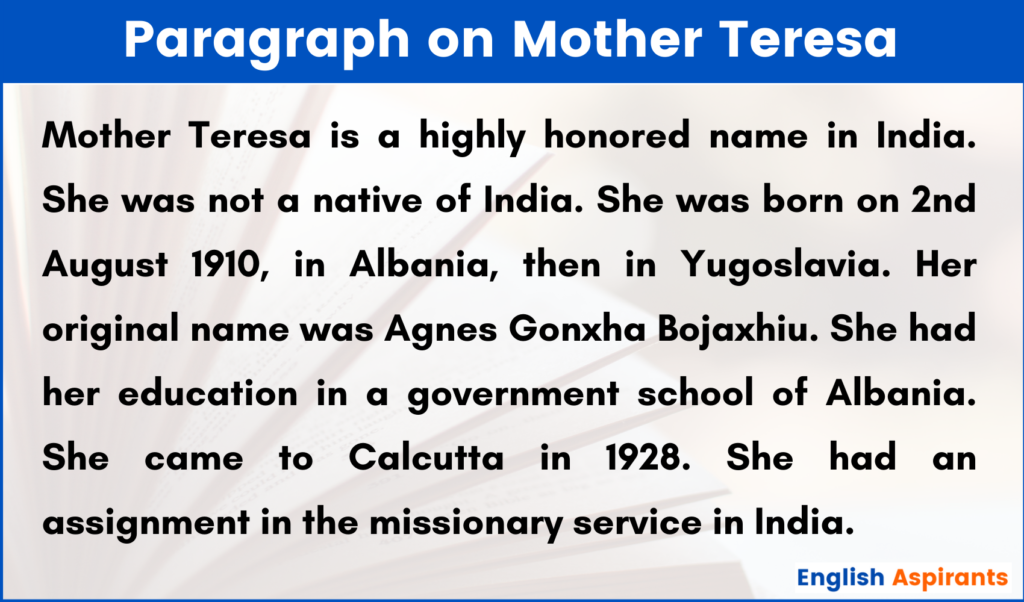 Mother Teresa was born on 26th August 1910, in Albania, in Yugoslavia. She had her education at the government school in Albania. At the age of 19, she came to Calcutta and joined St. Mary’s Convent School as a teacher. She served in this school from 1929 to 1948.

The sufferings of the poor people around her moved her so much that she dedicated the rest of her life as a missionary fighting poverty, hunger and disease. She set up her organization Missionaries of Charity in Calcutta and founded for the destitutes a home named Nirmal Hriday.

Many branches of the “Missionaries of Charity” were opened all over the world. Schools and charitable hospitals were set up to serve the poorest of the poor. She lived a simple life, and her great philanthropic works drew the attention of the whole world.

She was awarded the Nobel Prize in 1979 and was also decorated with the Bharat Ratna award in 1980. Mother Teresa died in Calcutta on 5th September 1997.